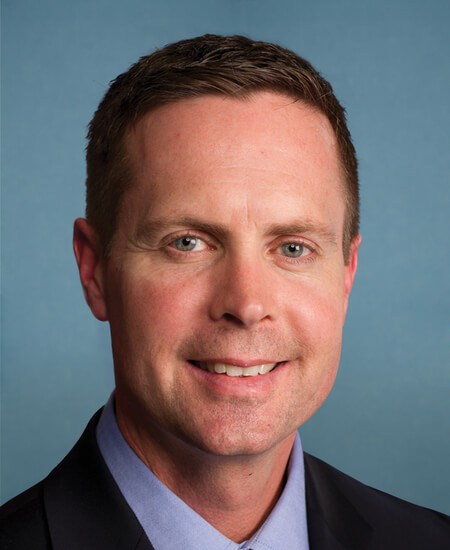 Rodney Davis is a Representative from Illinois. He was born in Des Moines, Iowa on January 5, 1970.

He received his B.A. from Millikin University in 1992. Afterwards he served in the staff of Illinois secretary of state from 1992-1996, and was an unsuccessful candidate for the Illinois state house of representatives in 1996.

He went on to work as a staffer for Representative John Shimkus of Illinois from 1997-2012.

He was elected as a Republican to the One Hundred Thirteenth and to the
next two Congresses (January 3, 2013-present).