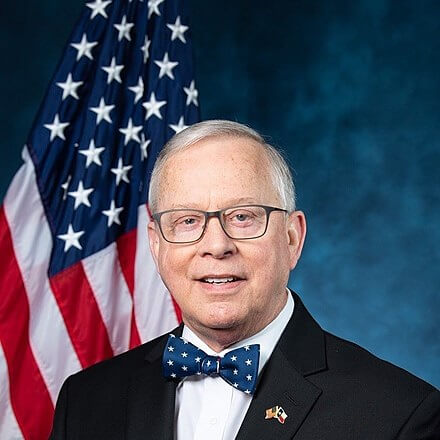 Ron Wright is a Representative from Texas. Born in Cherokee County, TX, he graduated from Azle High School in 1971 and attended the University of Texas, Austin. He was a sales executive, business manager, and newspaper columnist, as well as a member of the Arlington, TX, city council from 2000-2008. He served as Mayor pro tempore and member of the Arlington, TX, city council from 2004-2008 and was on staff for United States Representative Joe Barton of Texas from 2000-2011. He was tax assessor-collector for Tarrant County, TX, from 2011-2017 before being elected to the 116th Congress until his death (January 3, 2019-February 7, 2021).

Let your Member know how you feel about his votes. Here are the best ways to contact Representative Wright’s Congressional office: