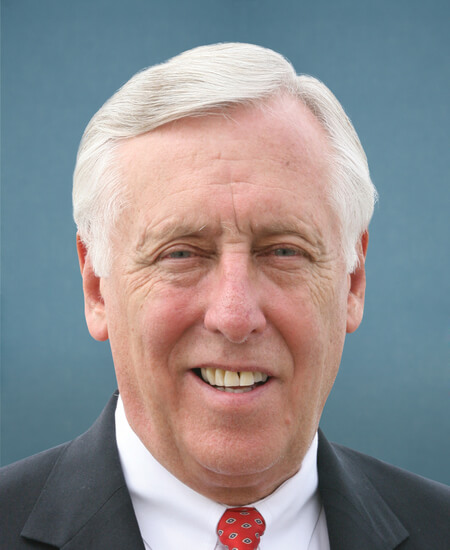 Steny Hamilton Hoyer is a Representative from Maryland. He was born in New York City on June 14, 1939.

He received his B.S. from the University of Maryland in 1963, and his J.D. from Georgetown University Law Center in 1966.

He was elected as a Democrat to the Ninety-seventh Congress, by special election, to fill the vacancy created by H. Res. 80, which declared United States Representative Gladys Noon Spellmans seat vacant due to an incapacitating illness, and reelected to the eighteen succeeding Congresses (May 19, 1981-present).

He was chair of the House Democratic Caucus from the 101-103rd Congresses, and majority leader from the 110-111th Congresses

Let your Member know how you feel about his votes. Here are the best ways to contact Representative Hoyer’s Congressional office: