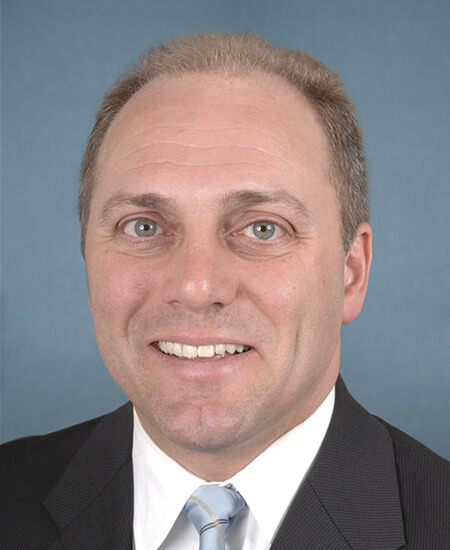 Steve Scalise is a Representative from Louisiana. He was born in New Orleans, Louisiana on October 6, 1965.

He received his B.S. from Louisiana State University. He has worked as a software engineer, technology company marketing executive, and was a member of the Louisiana state house of representatives from 1995-2007.

He was a member of the Louisiana state senate in 2008, before being elected as a Republican to the One Hundred Tenth Congress, by special election, to fill the vacancy caused by the resignation of United States Representative Bobby Jindal, and reelected to the five succeeding Congresses (May 3, 2008-present);

He is the majority whip.

Let your Member know how you feel about his votes. Here are the best ways to contact Representative Scalise’s Congressional office: