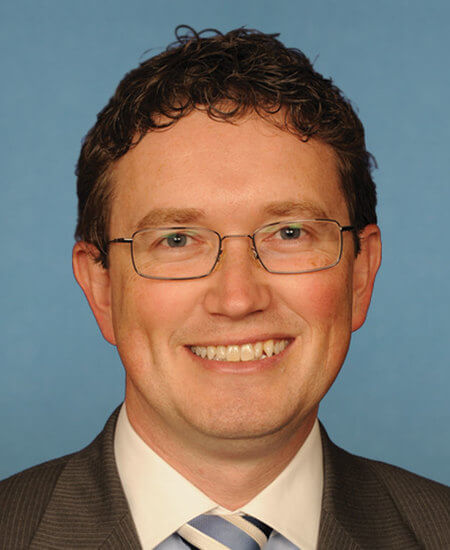 Thomas Massie is a Representative from Kentucky. He was born in Huntington, West Virginia on January 13, 1971.

He has worked as a business owner, farmer, and was a judge executive for Lewis County, KY from 2010-2012.

He was elected simultaneously as a Republican to the 112th Congress and 113th Congress, by special election, to fill the vacancy caused by the resignation of United States Representative Geoffrey C. (Geoff) Davis and reelected to the succeeding Congress (November 6, 2012-present).

Let your Member know how you feel about his votes. Here are the best ways to contact Representative Massie’s Congressional office: