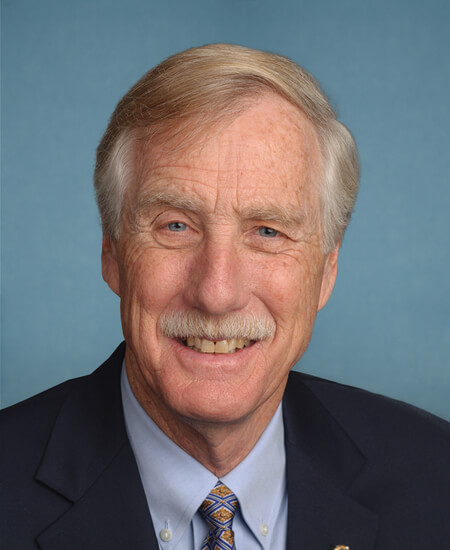 Angus Stanley King, Jr. is a Senator from Maine. Born in Alexandria, VA, in 1944, he graduated Dartmouth College in 1966 and earned his J.D. from the University of Virginia in 1969. He served as counsel to the U.S. Senate Subcommittee on Alcoholism and Narcotics. He was also a television program host and co-producer; company executive; energy conservation company owner; and governor of Maine from 1995-2003. In 2012, he was elected as an Independent to the United States Senate.

Let your Member know how you feel about his votes. Here are the best ways to contact Senator King’s Senate office: