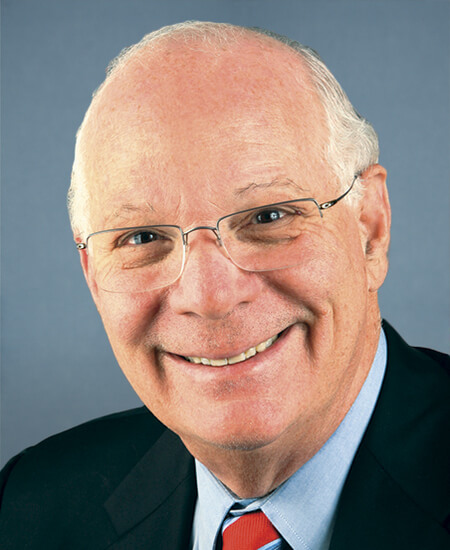 Benjamin Louis (Ben) Cardin is a Senator from Maryland. Born in Baltimore, MD, in 1943, he graduated from Baltimore City College in 1961; and earned his B.A. from the University of Pittsburgh in 1964 and his J.D. from the University of Maryland in 1967. He worked as a private practice lawyer and member of the Maryland state house of delegates from 1966-1986, serving as speaker from 1979-1986. He was elected to the 100th and to the nine succeeding Congresses (January 3, 1987-January 3, 2007) and was one of the managers appointed by the House of Representatives in 1989 to conduct the impeachment proceedings against Walter L. Nixon, judge of the United States District Court for the District Court of Mississippi. In 2006, he was elected to the United States Senate.

Let your Member know how you feel about his votes. Here are the best ways to contact Senator Cardin’s Senate office: