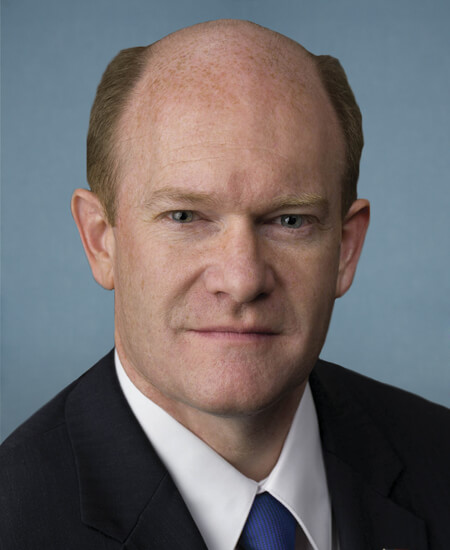 Christopher A. Coons is a Senator from Delaware. Born in 1963 in Greenwich, CT, he earned his B.A. from Amherst College in 1985, his J.D. from Yale University Law School in 1992, ,and his M.A.R. from Yale Divinity School in 1992. He worked in the non-profit sector and served as president of the New Castle County Council from 2001-2005. He was County Executive of New Castle County from 2005-2010; and elected as a Democrat to the United States Senate in the November 2, 2010, special election, a seat previously held by appointed Senator Edward E. Kaufman. He was reelected in 2014.

Let your Member know how you feel about his votes. Here are the best ways to contact Senator Coons’s Senate office: