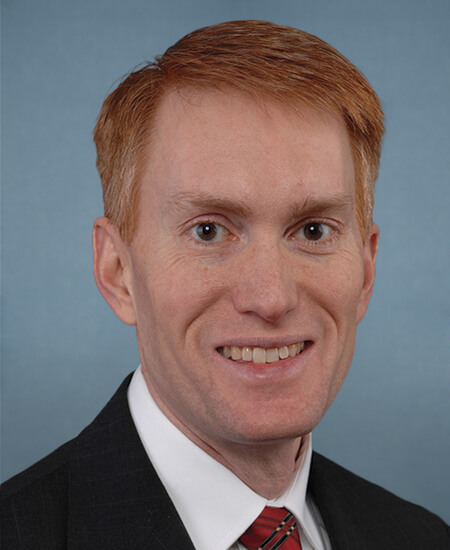 James Lankford is a Senator from Oklahoma. Born in Dallas, TX, in 1968, he earned his B.S. from the University of Texas, Austin, in 1990 and his M.Div. from Southwestern Theological Baptist Seminary in 1994. He was a youth camp director from 1996-2009 and elected to the 112th and to the succeeding Congress in 2010. He was elected to the U.S. Senate in the 2014 special election to the unexpired portion of the term ending January 3, 2017, left vacant by the resignation of Tom Coburn.

Let your Member know how you feel about his votes. Here are the best ways to contact Senator Lankford’s Senate office: