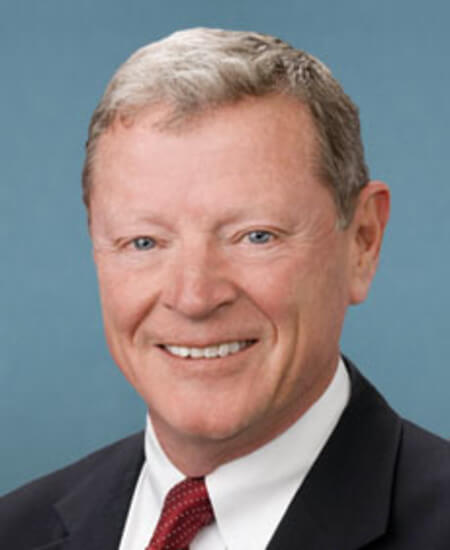 James Mountain Inhofe is a Senator from Oklahoma. Born in Des Moines, IA, in 1934, he earned his B.A. from the University of Tulsa in 1973 and served in the U.S. Army from 1957-1958. He was president, Quaker Life Insurance Company; and a member of the Oklahoma State house of representatives from 1967-1969; and the State senate frmo 1969-1977. He ran unsuccessfully for Governor of Oklahoma in 1974 and for the U. S. House of Representatives in 1976. He was mayor of Tulsa from 1978-1984, and elected to the 100th and to the three succeeding Congresses. In 1994, he was elected to the United States Senate in the special election to the unexpired portion of the term ending January 3, 1997, left vacant by the resignation of David L. Boren. He was elected for full term in 1996 and subsequently. He chaired the Committee on Environment and Public Works (108th, 109th, and 114th Congresses).

Let your Member know how you feel about his votes. Here are the best ways to contact Senator Inhofe’s Senate office: