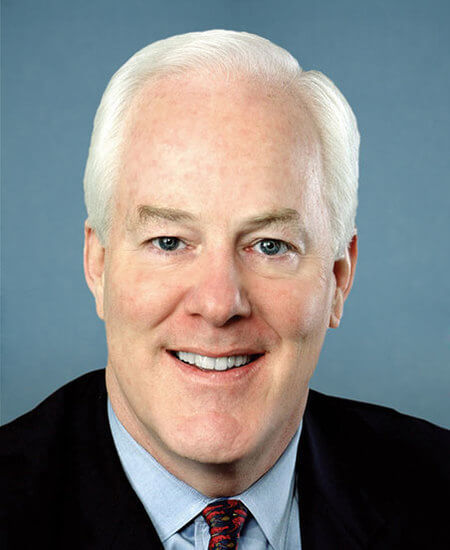 He was elected to the U.S. Senate in 2002 and subsequently appointed to the remainder of the term left vacant by the resignation of William Philip (Phil) Gramm. He vice-chaired the Republican Conference (2007-2009) and chaired the National Republican Senatorial Committee (2009-2012). He is also Republican party whip (2013-present). He is up for reelection in 2020. You can track John Cornyn's spending on SpendingTracker.org

Let your Member know how you feel about his votes. Here are the best ways to contact Senator Cornyn’s Senate office: