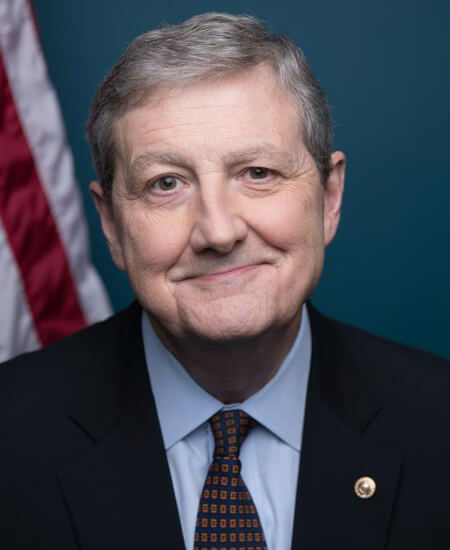 John Neely Kennedy is a Senator from Louisiana. Born in Centreville, Mississippi in 1951, he earned his B.A. from Vanderbilt University in 1973, his J.D. from University of Virginia School of Law in 1977, and his B.C.L. from Oxford University in 1979. He worked as a lawyer, special counsel to Louisiana governor Buddy Roemer, secretary to Governor Roemer’s Cabinet, secretary of the state Department of Revenue in the Cabinet of Louisiana governor Mike Foster from 1996-1999, and the Louisiana state treasurer from 1999-2016. He was elected as a Republican to the United States Senate in 2016 for the term ending January 3, 2023.

Let your Member know how you feel about his votes. Here are the best ways to contact Senator Kennedy’s Senate office: