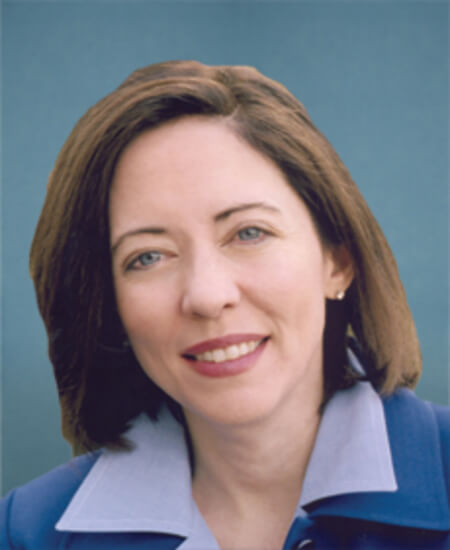 Maria E. Cantwell is a Senator from Washington. Born in Indianapolis, IN, in 1958, she earned her B.A. from Miami University of Ohio in 1980 and pursued an academic course at the Miami University European Center, Luxembourg. She was a public relations consultant and Washington State representative from 1987-1993. She was elected to the 103rd Congress (January 3, 1993-January 3, 1995) and ran unsuccessfully for reelection to the 104th Congress. In 2000, she was elected to the U.S. Senate. She has chaired the Committee on Indian Affairs (113th Congress) and the Committee on Small Business and Entrepreneurship (113th Congress).

Let your Member know how you feel about her votes. Here are the best ways to contact Senator Cantwell’s Senate office: