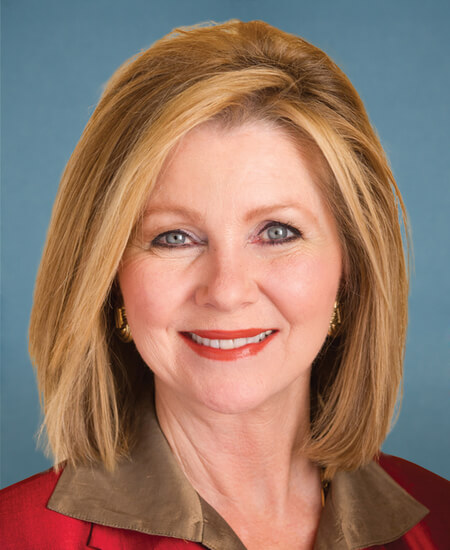 Marsha Blackburn is a Representative from Tennessee. Born in Laurel, Mississippi in 1952, she earned her B.S. from Mississippi State University in 1973. She was a business owner, private advocate, an unsuccessful candidate for election to the 103rd Congress in 1992, and a member of the Tennessee state senate from 1998-2002. She was elected as a Republican to the 108th and to the seven succeeding Congresses (January 3, 2003-present). She became the first female United States Senator from Tennessee in the 2018 election. You can track Marsha Blackburn's spending at SpendingTracker.org

Let your Member know how you feel about her votes. Here are the best ways to contact Senator Blackburn’s Senate office: