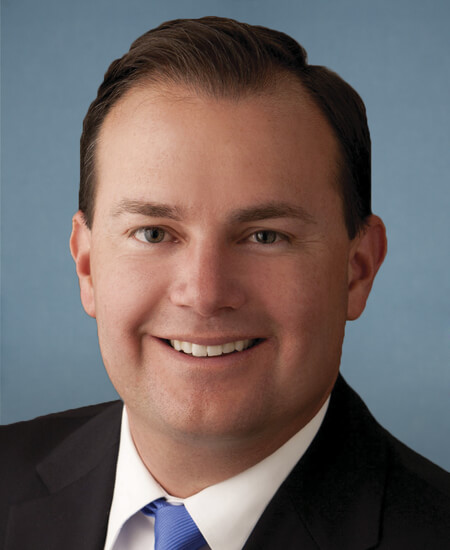 Mike Lee is a Senator from Utah. Born in Mesa, AZ, in 1971, he earned his B.A. from Brigham Young University in 1994 and his J.D. from Brigham Young University in 1997. He was a law clerk to 3rd Circuit Court of Appeals Justice Samuel Alito in 1998 and assistant U.S. attorney from 2002-2005. He was also counsel to Utah Governor John Huntsman from 2005-2006 and law clerk to United States Supreme Court Justice Samuel Alito from 2006-2007. He was elected to the United States Senate in 2010. You can learn more about Senator Mike Lee's votes on budgets and spending at SpendingTracker.org.

Let your Member know how you feel about his votes. Here are the best ways to contact Senator Lee’s Senate office: