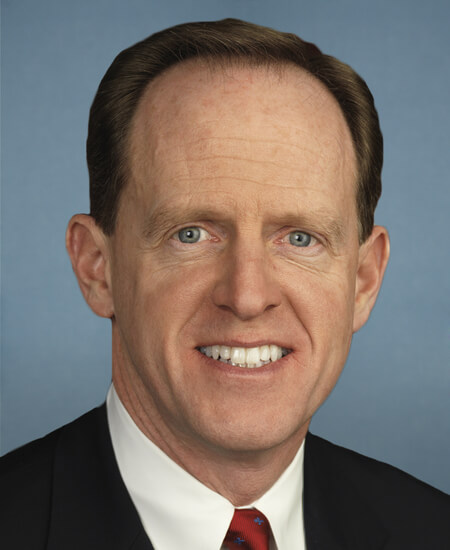 Patrick Joseph Toomey is a Senator from Pennsylvania. Born in Providence, RI, in 1961, he earned his B.A. from Harvard University in 1984. He was elected to the Allentown, PA, Government Study Commission in 1994 and elected to the 106th and to the two succeeding Congresses (January 3, 1999-January 3, 2005). He ran unsuccessfully for the US Senate nomination in 2004, and was elected to the United States Senate in 2010.

Let your Member know how you feel about his votes. Here are the best ways to contact Senator Toomey’s Senate office: