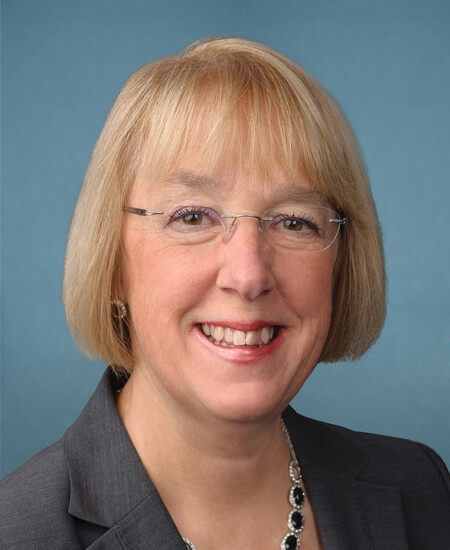 Patty Murray is a Senator from Washington. Born in Seattle, WA, in 1950, she graduated Washington State University in 1972. She was an education volunteer from 1977-1984 and an instructor at Shoreline Community College from 1984-1987. She was a citizen lobbyist for environmental and educational issues from 1983-1988 and a member of the board of directors for the Shoreline School District from 1985-1989, serving as president and legislative representative for two terms. She was a member of the Washington state senate from 1988-1992, serving as Democratic whip from 1990-1992. In 1992, she was elected to the United States Senate. She served as chairwoman for the Democratic Senatorial Campaign Committee (2001-2003, 2011-2013) and chaired the Committee on Veterans Affairs (112th Congress), the Committee on the Budget (113th Congress). She is the Democratic Conference secretary (2007-present).

Let your Member know how you feel about her votes. Here are the best ways to contact Senator Murray’s Senate office: