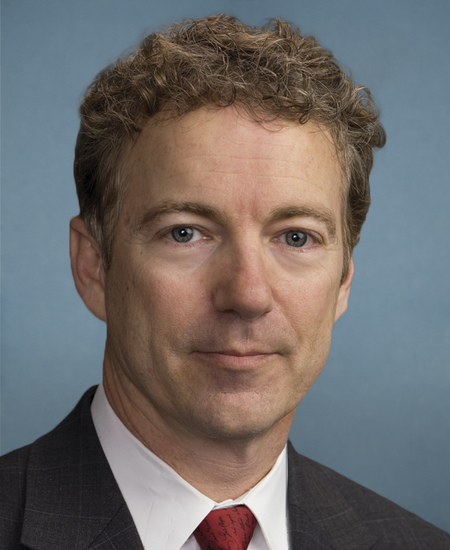 Rand Paul (son of former Congressman Ronald Ernest Paul) is a Senator from Kentucky. Born in Pittsburgh, PA in 1963, he attended Baylor University and graduated Duke University with his M.D. in 1988. He is an ophthalmologist and was elected as a Republican to the United States Senate in 2010 as part of an insurgent campaign that was seen as a major victory for the Tea Party movement. In his victory speech, he declared he was bringing "a message from the Tea Party" to Washington. In 2016, he was a candidate for the Republican Presidential nomination.

Let your Member know how you feel about his votes. Here are the best ways to contact Senator Paul’s Senate office: