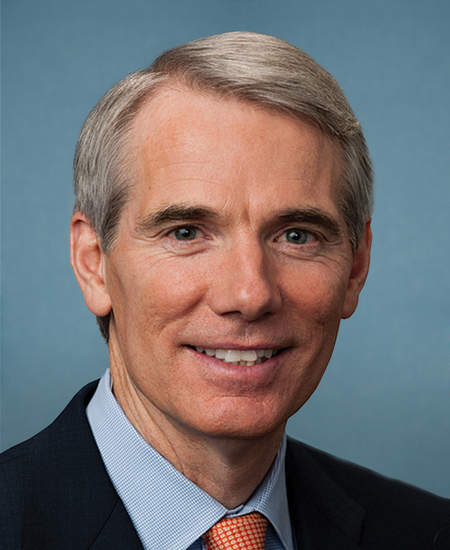 Robert Jones (Rob) Portman is a Senator from Ohio. Born in Cincinnati, OH, in 1955, he graduated from Dartmouth College, Hanover, N.H., with his B.A. in 1979; and earned his J.D. from the University of Michigan School of Law in 1984. He was an associate counsel to President George H. W. Bush in 1989; deputy assistant and director, Office of Legislative Affairs, White House Office from 1989-1991. He was elected to the 103rd Congress by special election to fill the vacancy caused by the resignation of United States Representative Willis D. Gradison, Jr., and reelected to the six succeeding Congresses until his resignation in 2005. He was a U.S. Trade Representative in the cabinet of President of George W. Bush from 2005-2006, and Director of the Office of Management and Budget in the cabinet of President George W. Bush from 2006-2007. He was elected to the United States Senate in 2010.

Let your Member know how you feel about his votes. Here are the best ways to contact Senator Portman’s Senate office: