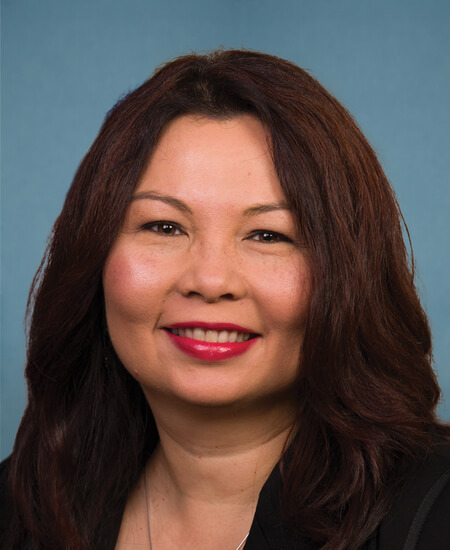 Tammy Duckworth is a Senator and a former Representative from Illinois. Born in Bangkok, Thailand in 1968, she earned her B.A. from the University of Hawaii, Manoa in 1989, her M.A. from The George Washington University in 1992 and also attended Northern Illinois University.

She was a helicopter pilot for the U.S. Army Reserve from 1992-1996, the Illinois Army National Guard from 1996-2014, attaining the rank of lieutenant colonel. She also served in Operation Iraqi Freedom and was awarded the Purple Heart.

Let your Member know how you feel about her votes. Here are the best ways to contact Senator Duckworth’s Senate office: