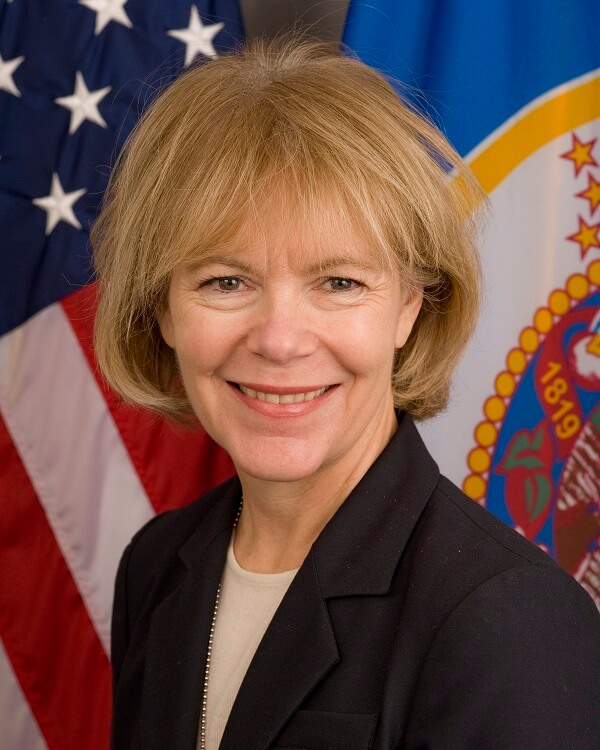 Tina Smith is a Senator from Minnesota. Born in Albuquerque, New Mexico on March 4, 1958, she earned her B.A. from Stanford University in 1980 and an M.B.A. from Dartmouth College, Tuck School of Business in 1984. A marketing consultant and executive, she served as chief of staff to Minneapolis mayor R.T. Rybak and to Minnesota governor Mark Dayton, before serving as lieutenant governor of Minnesota from 2015-2018. Appointed as a Democrat to the United States Senate to fill the vacancy caused by the resignation of Al Franken, for the term ending January 3, 2021, Smith took the oath of office on January 3, 2018.

Let your Member know how you feel about her votes. Here are the best ways to contact Senator Smith’s Senate office: