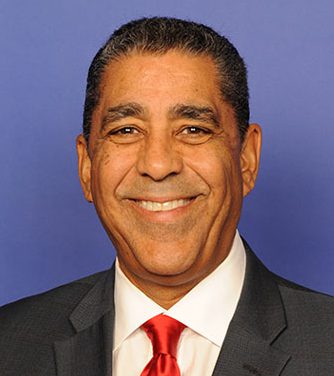 Adriano J. Espaillat is a Representative from New York. Born in Santiago, Dominican Republic in 1954, he earned his B.S. from Queens College in 1978 and attended both New York University and Rutgers University. He was the coordinator of the New York City Criminal Justice Agency from 1980-1988, the director of the Washington Heights, N.Y. victim services community office from 1992-1994, and the director of Project Right Start from 1994-1996. He was also a member of the New York state assembly from 1996-2010, a member of the New York state senate from 2010-2016, and an unsuccessful candidate for nomination to the 113th Congress in 2012 and the 114th Congress in 2014. He was elected as a Democrat to the 115th Congress (January 3, 2017-present).

Let your Member know how you feel about his votes. Here are the best ways to contact Representative Espaillat’s Congressional office: