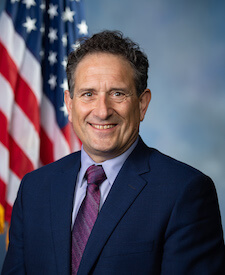 Andy Levin (son of Sander Martin Levin, nephew of Carl Levin) is a Representative from Michigan. Born in Berkley, MI, he earned his B.A. from Williams College in 1983, his M.A. from University of Michigan in 1990, and his J.D. from Harvard University in 1994. He was a trade union organizer and director, and was the chief workforce officer for the state of Michigan from 2007-2010. He served as acting director for the Michigan department of energy, labor, and economic growth from 2007-2011. He was a business executive and elected to the 116th Congress (January 3, 2019-present).

Let your Member know how you feel about his votes. Here are the best ways to contact Representative Levin’s Congressional office: