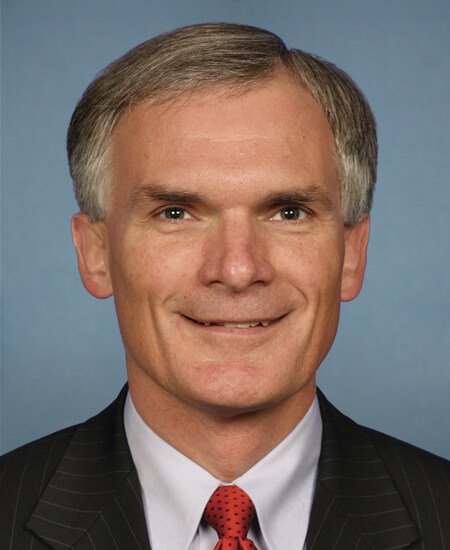 Robert E. Latta, (son of Delbert L. Latta), is a Representative from Ohio. Born in Bluffton, Ohio in 1956, he earned his B.A. from Bowling Green State University in 1978 and his J.D. from the University of Toledo in 1981. He was a private practice lawyer, commissioner for Wood County, Ohio from 1991-1996, a member of the Ohio state senate from 1997-2000, and a member of the Ohio state house of representatives from 2001-2007. He was elected as a Republican to the 110th Congress, by special election, to fill the vacancy caused by the death of United States Representative Paul Gillmor, and reelected to the five succeeding Congresses (December 11, 2007-present).

Let your Member know how you feel about his votes. Here are the best ways to contact Representative Latta’s Congressional office: