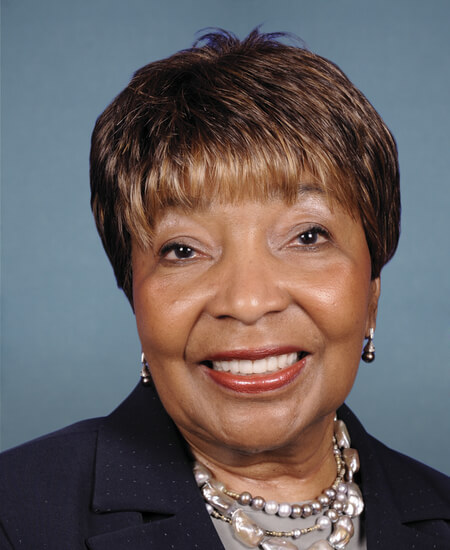 Eddie Bernice Johnson is a Representative from Texas. Born in Waco, Tex. in 1935, she earned her nursing certificate from St. Mary’s College at the University of Notre Dame in 1955, her B.S. from Texas Christian University 1967, and her M.P.A. from Southern Methodist University in 1976. She was the chief psychiatric nurse and psychotherapist for the Veterans Administration hospital, was a member of the Texas state house of representatives from 1972-1977, an administrator for the United States Department of Health, Education and Welfare from 1977-1981, a business owner, and a member of the Texas state senate from 1986-1992. She was elected as a Democrat to the 103rd and to the twelve succeeding Congresses (January 3, 1993-present).

Let your Member know how you feel about her votes. Here are the best ways to contact Representative Johnson’s Congressional office: