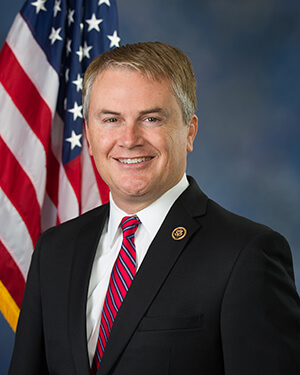 James Comer is a Representative from Kentucky. Born in Carthage, Tennesee in 1972, he earned his B.S. from Western Kentucky University in 1993. He was a businessman, farmer, the chairman of the Monroe County, Ky. Republican party from 1993-1995, a Delegate for the Republican National Convention in 1996, a member of the Kentucky state house of representatives from 2001-2012, the Kentucky department of agriculture commissioner from 2012-2015, and an unsuccessful candidate for nomination for Governor of Kentucky in 2015. He was elected simultaneously as a Republican to the 114th and to the 115th Congresses, by special election, to fill the vacancy caused by the resignation of United States Representative Ed Whitfield (November 8, 2016-present).

Let your Member know how you feel about his votes. Here are the best ways to contact Representative Comer’s Congressional office: