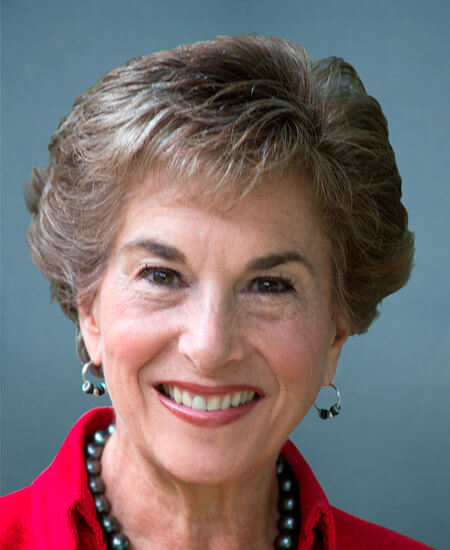 Janice D. Schakowsky is a Representative from Illinois. She was born in Chicago Illinois on May 26, 1944.

She received her B.S. from the University of Illinois in 1965. Afterwards she worked as director of the Illinois State Council of Senior Citizens from 1985-1990.

She was a member of the Illinois state house of representatives from 1990-1998, and was later elected as a Democrat to the One Hundred Sixth and to the nine succeeding Congresses (January 3, 1999-present).

Let your Member know how you feel about her votes. Here are the best ways to contact Representative Schakowsky’s Congressional office: