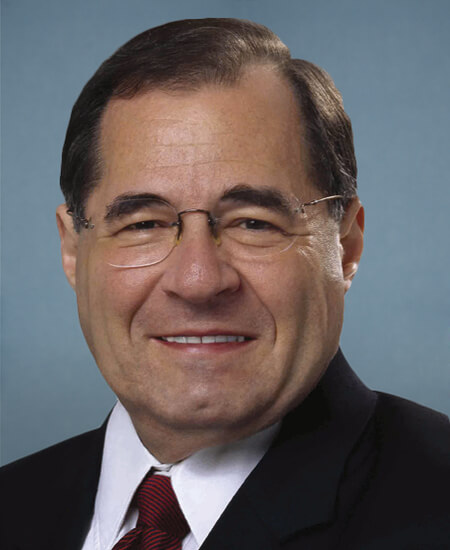 Jerrold Lewis Nadler is a Representative from New York. Born in Brooklyn, New York in 1947, he earned his B.A. from Columbia University in 1969 and his J.D. from Fordham University in 1978. He was a legislative assistant for the New York state assembly in 1972 and a member of the New York state assembly from 1977-1992. He was elected as a Democrat to the 102nd Congress, by special election, to fill the vacancy caused by the death of United States Representative Theodore S. Weiss, and to the thirteen succeeding Congresses (November 3, 1992-present).

Let your Member know how you feel about his votes. Here are the best ways to contact Representative Nadler’s Congressional office: