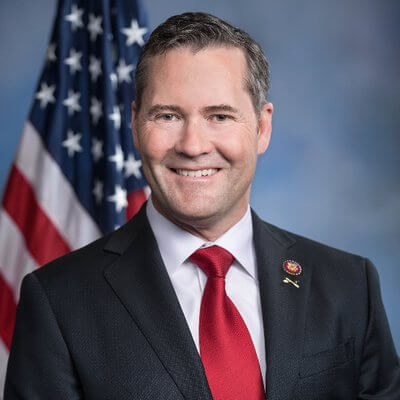 Michael Waltz is a Representative from Florida. Born in Boynton Beach, FL, he earned his B.A. from Virginia Military Institute in 1996. He served in the United States Army from 1996-2017 and the the United States Army Reserves from 2017-present. He was on staff for the Office of Vice President Cheney from 2007-2009, a government contractor, television commentator, and author. He was elected to the 116th Congress (January 3, 2019-present).

Let your Member know how you feel about his votes. Here are the best ways to contact Representative Waltz’s Congressional office: