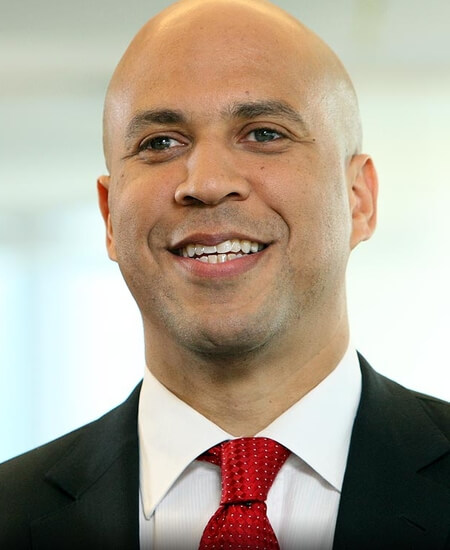 Cory Anthony Booker is a Senator from New Jersey. Born in Washington, DC, in 1969, he earned his B.A. from Stanford University in 1991 and his M.A. from Stanford University in 1992. He attended The Queen’s College, University of Oxford, as a Rhodes Scholar and received a graduate degree in 1994, and he earned his J.D. from Yale Law School in 1997. He worked as an attorney in the non-profit sector and was on the Newark City Council from 1998-2002. He was Mayor of Newark, New Jersey, from 2006-2013. He was elected to the United States Senate in a special election on October 16, 2013, to fill the vacancy caused by the death of Frank Lautenberg, and reelected in 2014 for the term ending January 3, 2021.

Cory Booker is seeking the 2020 Democratic nomination for President of the United States. You can learn more about Senator Cory Booker's budget and spending votes at SpendingTracker.org

Let your Member know how you feel about his votes. Here are the best ways to contact Senator Booker’s Senate office: