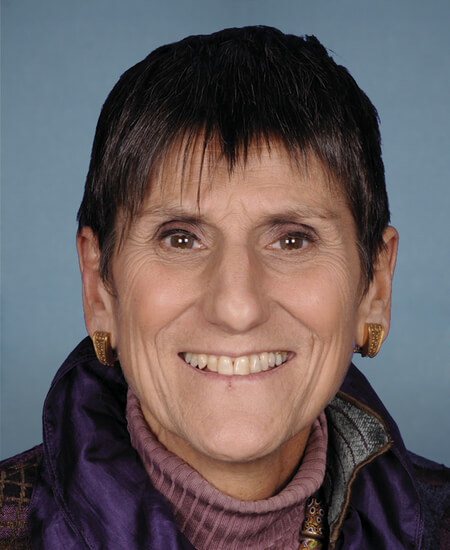 Rosa L. DeLauro is a Representative from Connecticut. Born in New Haven, CT, in 1943, she earned her B.A. from Marymount College in 1964. She attended the London School of Economics from 1962-1963, before earning her M.A. from Columbia University in 1966.

Let your Member know how you feel about her votes. Here are the best ways to contact Representative DeLauro’s Congressional office: